A Short History Of Solitaire 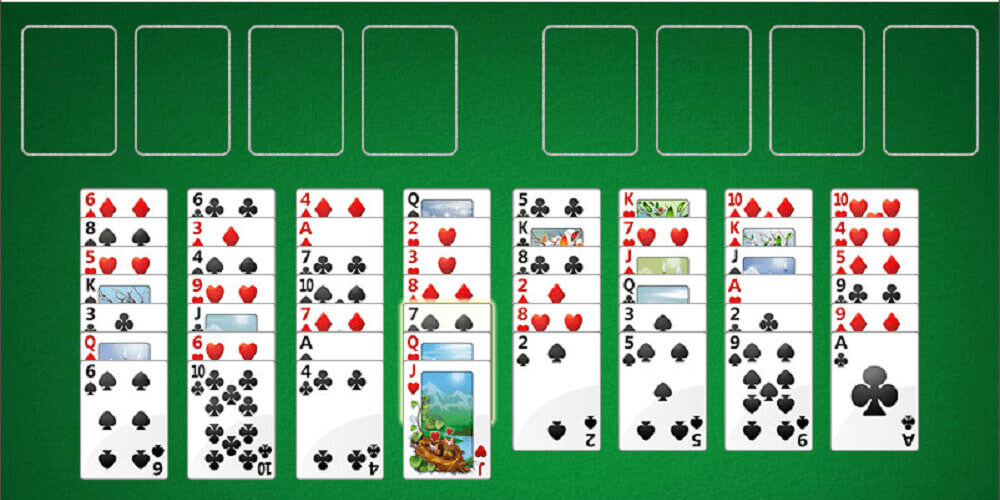 As of today, the true origins of Solitaire are still unknown. Some enthusiast historians have speculated that many of the pretty layouts in the game originated from tarot cards. In essence, they have linked these card designs to the cards of old times used in fortune-telling and divination. After the invention of the printing press, the most recently printed references to puzzle solitaire games first showed up in the 1700s in Northern Europe. Many popular figures of the time dabbled, including Napoleon Bonaparte, who reportedly played Solitaire during his exile at St. Helena. Indeed, many of the words associated with Solitaire have French origin, including “tableau” and “coquette.” Let’s focus on a short history of Solitaire.

A concise history of Solitaire

In 1949, Geoffrey Mott-Smith and Albert Morehead published “The Complete Book of Solitaire and Patience Games.” But, David Parlett’s The Penguin Book of Patience are more recent publications of the world’s favorite pastimes, Solitaire.

Few requirements are necessary to play Solitaire, including a flat surface, a complete deck of cards, and a few rules to be observed. Many game lovers say that it reminds them of a time when the world was less hurried and complicated.

The invention of the personal computer could not have come at a better time when the popularity of puzzle solitaire games was blossoming the world over. Solitaire and PCs are a natural match. As far back as the days of MS-DOS, solitaire games were played in text mode and were single-game programs.

The advance of computer technology meant that better graphics resulted in more appealing game designs. Enhanced memory chip designs also meant that coders could fit more than one game/round of Solitaire into a single program. This led to the rise of the solitaire suite.

Brad Fregger created the first commercial collection called “Solitaire Royale” in 1987. It was uniquely available for both Mac and PC. It was an enhanced version containing eight solitaire games and ran on 16-color EGA graphics, and featured mouse support.

By 1992, QPP released a commercial collection of puzzle solitaire games called “Solitaire’s Journey.” It ran on MS-DOS and contained 105 different solitaire games coupled with advanced user statistics on each game. This advanced game allowed users to build custom journeys by choosing a subset of the game while also competing in quests to locate treasure by finishing a sequence of select solitaire games.

Around the same period, the largest shareware version of Solitaire was “Solitaire Suite.” It was created by Randy Rasa and released in 1991. It contained seven solitaire games, EGA, and mouse support.

Microsoft’s Solitaire was first released in 1990 through Windows 3.0. It was an incarnation of the classic “Klondike”. However, most people are still confused about this version because it was called “Windows Solitaire.”

Puzzle solitaire games are a fantastic way to blow off steam and challenge the mind. It originated from the tarot cards of old and has continued to be a pastime to people over many generations.

Mona Evans is a technician about cell phone. She works for a technology company. and has extensive research and development experience. She has a unique perspective and confidence in the future and development of technology and writes many related blogs.

How to get the best ASUS laptop Battery?

5 Vital Explanations On Why You Need A...

How to Avoid Sunburn While Tanning in a...

Get Information about Supreme Money Gun from Alibaba

Trailer Tracker and Why do you need it?

How To Tell If Your Replacement Laptop Battery...

Is taking a power bank on a plane...

The Beginner’s Guide to the Graphics Card